A Message From Kelly

What a wonderful dog Bell is. She loves to be with people and she loves the hunt.

Bell loves to dive off boats and platforms – the higher, the better as she will leap faster and farther. At 6 months old, Bell had her first swim in South Dakota.  On this very day, she also retrieved her first live catch on one of those first dives – a walleye!  Everyone at the marina thought she was drowning, but she was racing after the walleye, and in order to catch it, she had to outswim that fish!  And boy, does she ever swim like a fish!   Another time, while I was training a pup a good half-mile away,  I looked and saw something in the lake.   It was Bell! She had heard the whistle, and brought herself and a pup for the swim class.  She was not going to miss class!

One day, young pup Bell was at the hunting shack with us. On a morning stroll, I noticed her suddenly on point. I went to see what it was and up goes a rooster. Bell looked at me clearly questioning, “Where is the gun?” I knew she’d be ready to hit the field younger than any dog I have owned.

On her first upland hunt  there was a double Hungarian. Fearing she might lose the second bird, I hurried to get another older hunting dog, but she appeared right behind me as I was releasing it. Bell had it, and was looking at me as if to say, “You didn’t think I could handle that?!” 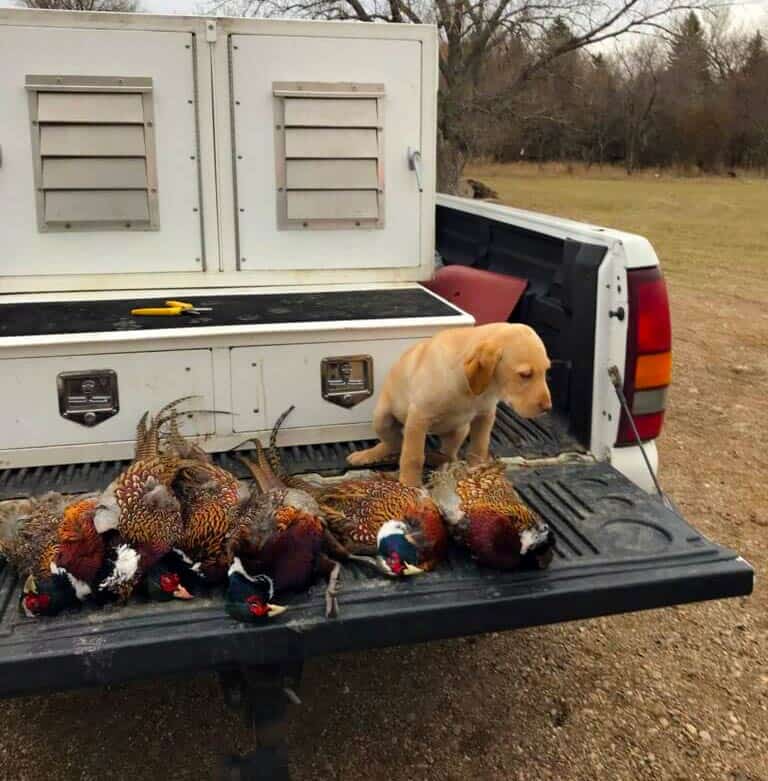