At 6 months, Gus had already proven himself as a Pointing Labrador gun dog by pointing out and retrieving over 189 birds. He is excellent on ducks, geese, huns, sharptails, and pheasants.

Gus has enormous natural ability and was very easy to train. Weighing in at 70 lbs with a beautiful, blocky head structure, Gus had the total package from confirmation. His stately Fox Red color is rare in the Labrador world. At seven weeks old, it was clear that Gus had tremendous drive and strong pointing genetics and has always been as comfortable in water as he is on earth. Gus and his infinite gas tank of energy and eagerness to please are also testament to his strong genetics. Mike couldn’t ask for a better animal companion whether in the field or in the off-season.

All of Mike’s dogs start their 10-12 week hunting season in the great Canadian province of Saskatchewan and finish on the plains of South Dakota.

A Message From Mike

I have been hunting waterfowl and upland game for over 40 years and had many varieties of dogs. Gus is, without a doubt, a special breed.  I purchased Gus in May of 2014 because of the unexpected passing of another dog. I was told, “You will have to take it easy on that dog.” and, “You might have a poor  hunting season.” Nothing could have been further from the truth.

We were hunting pheasant in South Dakota that fall when I had a double get-up and I wounded both birds. They ran and hid from Gus. Gus immediately chased the bird off to my right, which half-ran and half-flew back towards me, and jumped over six rows of round bales….Gus wasn’t far behind  and he jumped up and over the bales and brought back the first rooster .  He didn’t forget about the second one, and went off to my left about a quarter-mile and found the other one.  That’s when I realized that I had a remarkable bird dog.

In my lifetime, I have had two fantastic bird dogs. Gus was doing a  better job than dogs five times his age.  He is a special dog with exceptional talent. The owners of his pups agree – Gus passes on the talent to his sons and daughters. 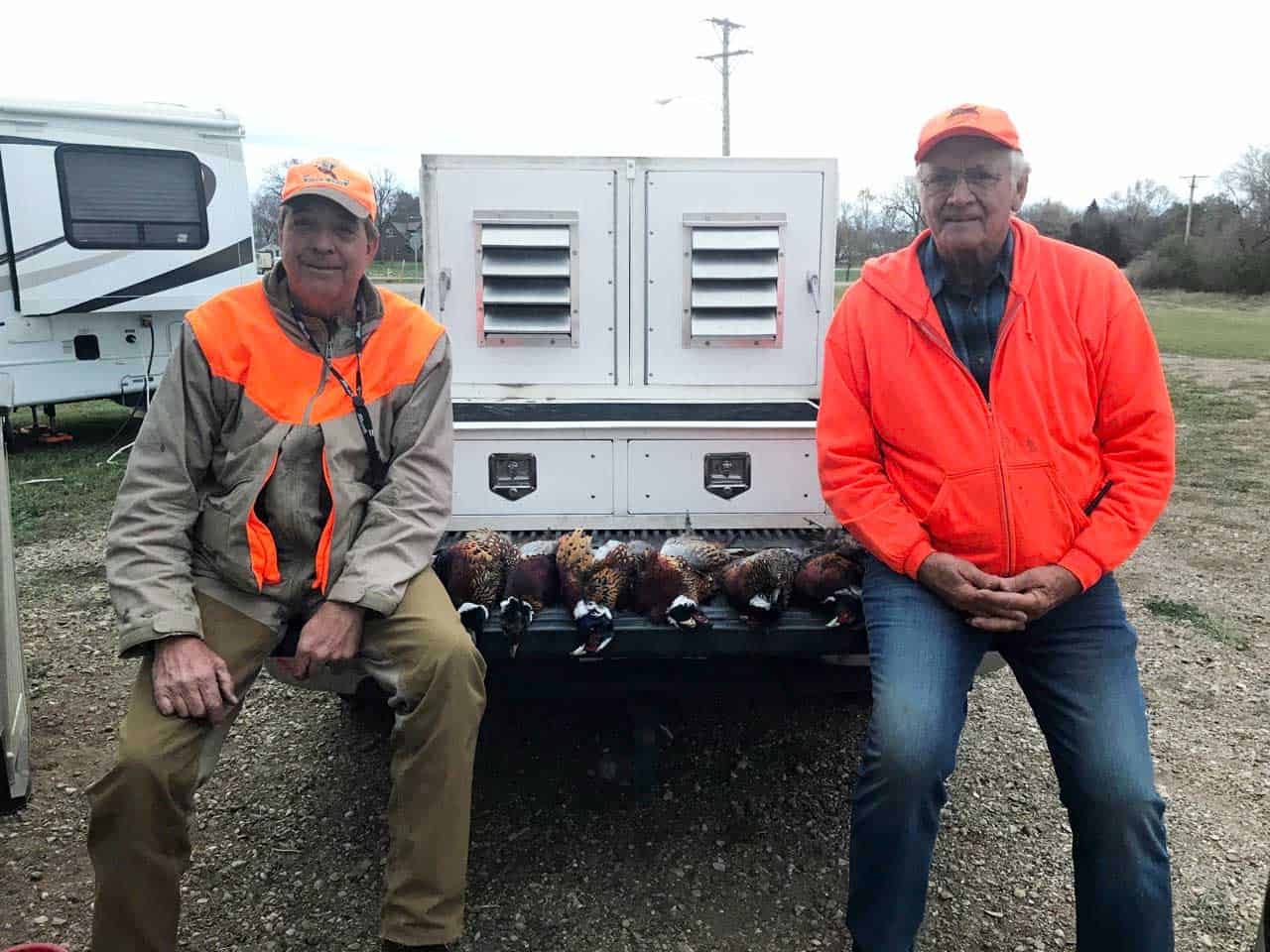