Thankfully, Momma Bell has, hands down (paws down?),  done most of the heavy lifting for us, but being part of the puppy raising experience is such a special time for everyone involved.  We have spent many hours laughing and curiously scratching our heads while every puppy has developed its own quirky personality. With all but one pup spoken for, we have one last story to share with everyone…..

Prince gives everyone a taste of the fountain of youth.  He is such an enjoyable pup that seems to have an endless gas tank.  High energy levels in the formative weeks of puppy rearing are a very strong indication of future eagerness to please and perform.  These will be some of the most motivated and trainable Labradors a person or family could ask for. Over the weeks, Prince’s coat has lightened to almost a white that he will almost certainly retain through adulthood.

We have had a handful of inquiries about Prince and have accepted that he will likely be spoken for in a matter of days. We have a strong feeling that Prince is going to give a family exactly what they need in a dog. 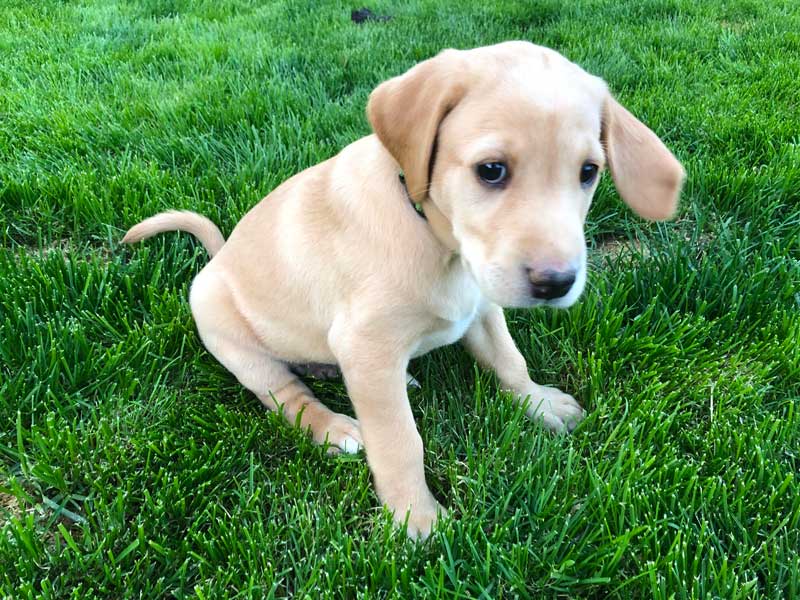 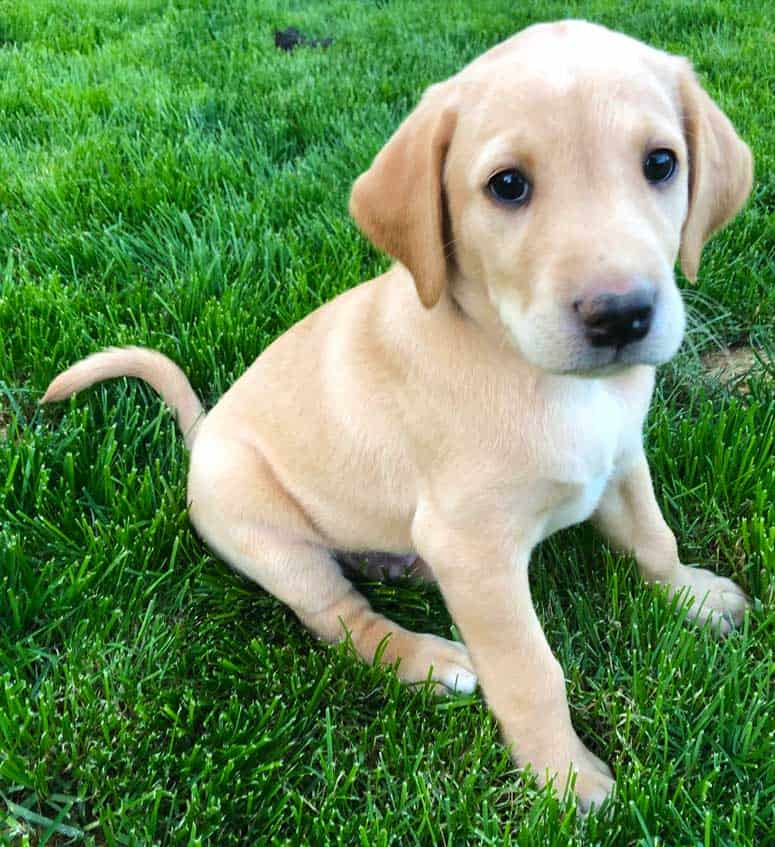 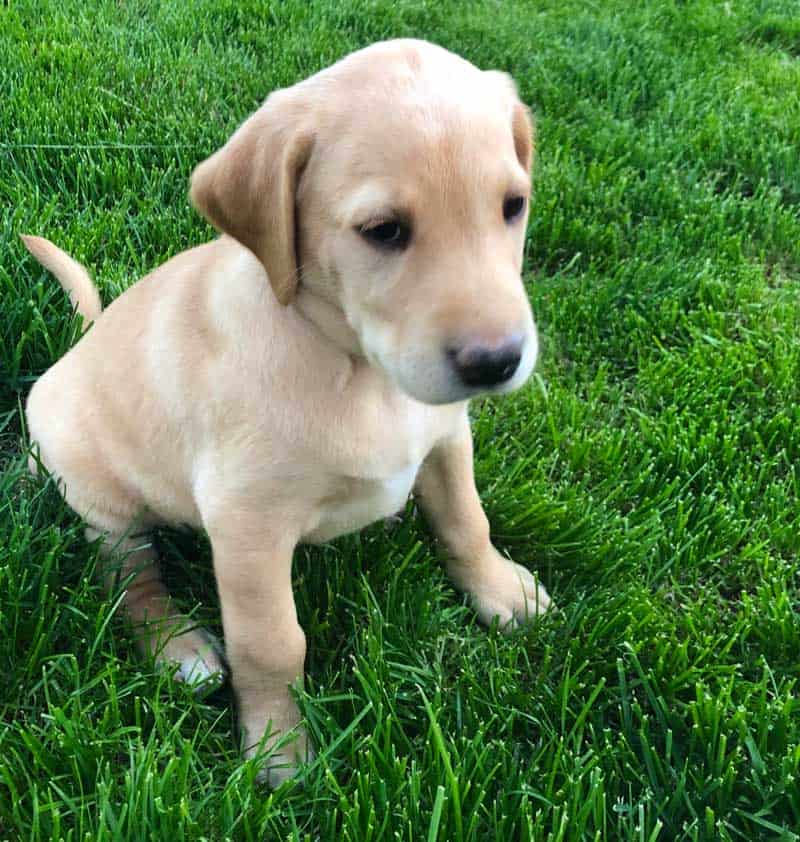 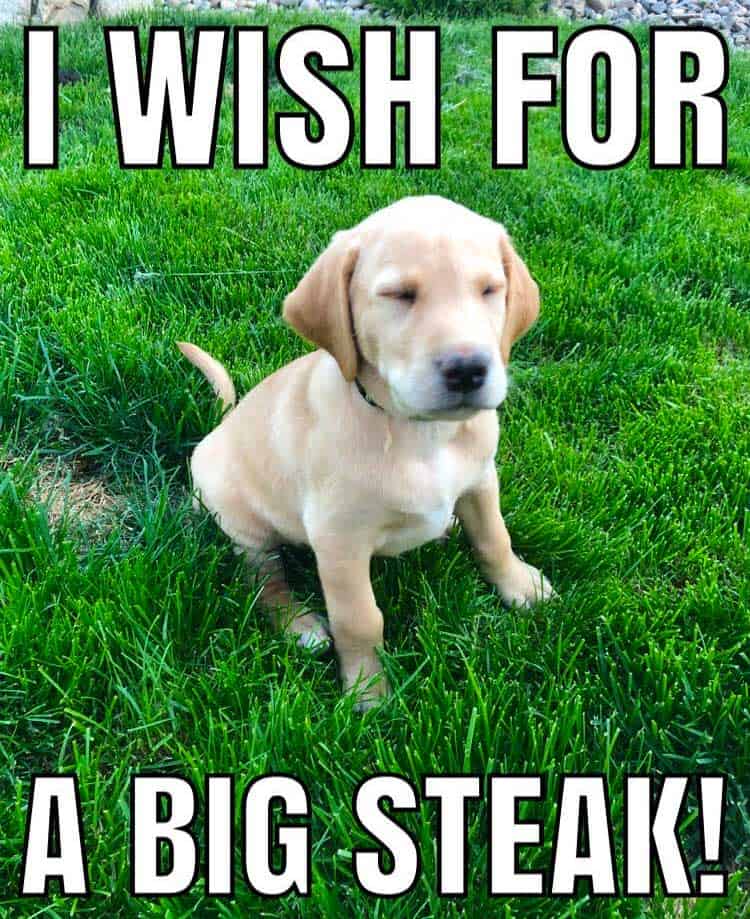 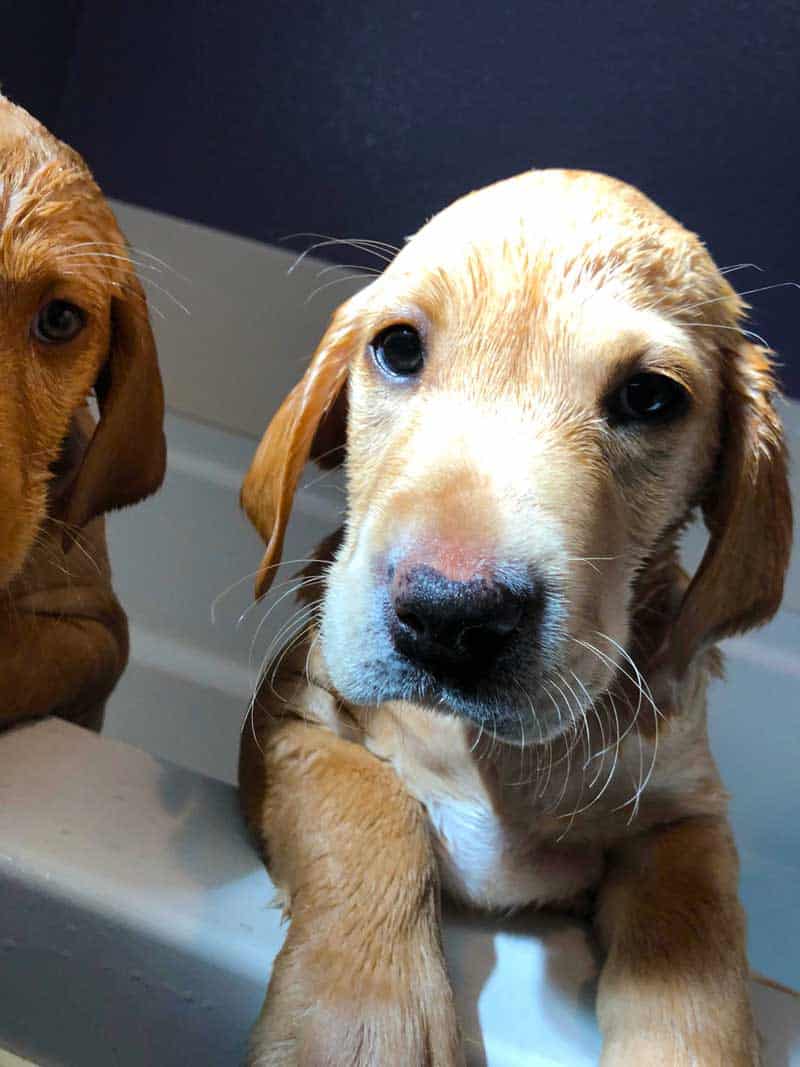 On May 25, the puppies went to the vet. They all are very healthy and did such an amazing job with having shots. They didn’t whimper, nip, or whine at all. The vet was very impressed with how well they are with being handled, how well their coats looked and just over all their health. They all got their first round of shots, first round of deworming and  had their very first car ride! 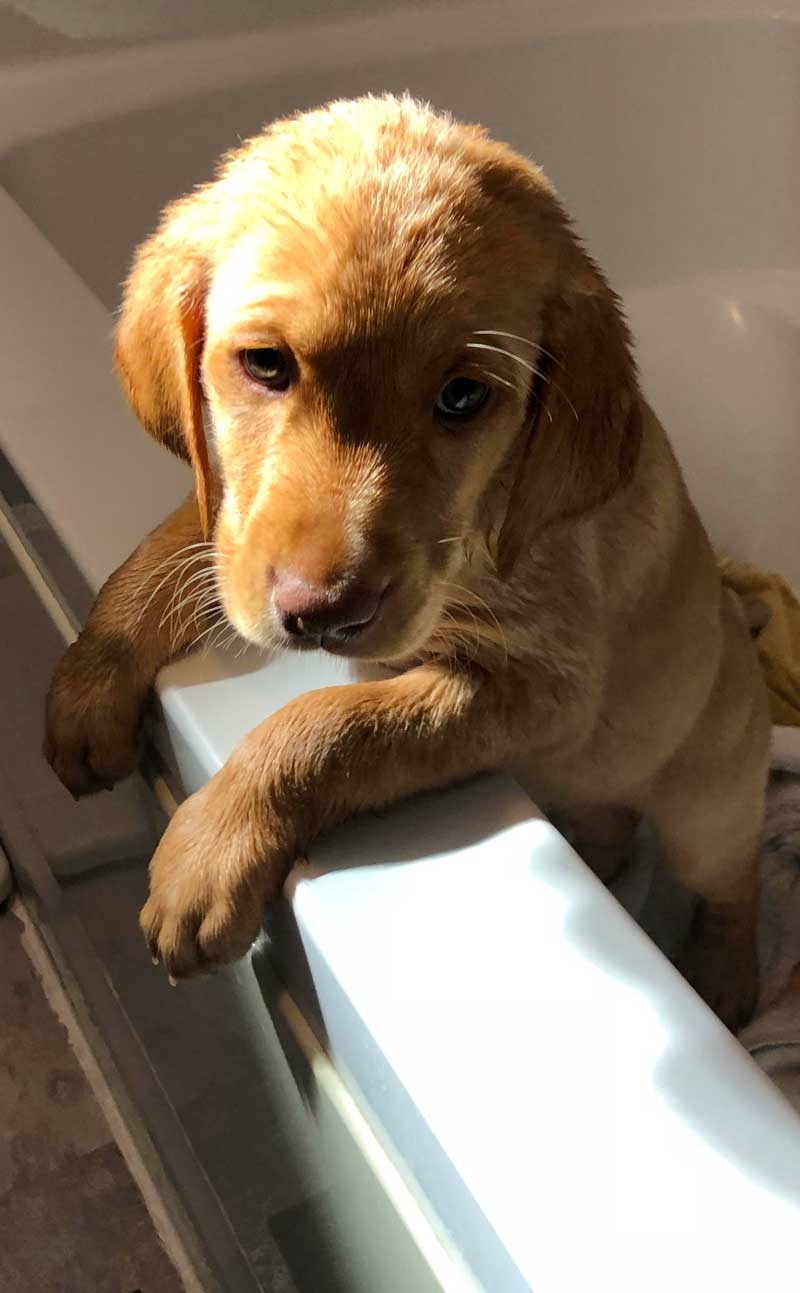 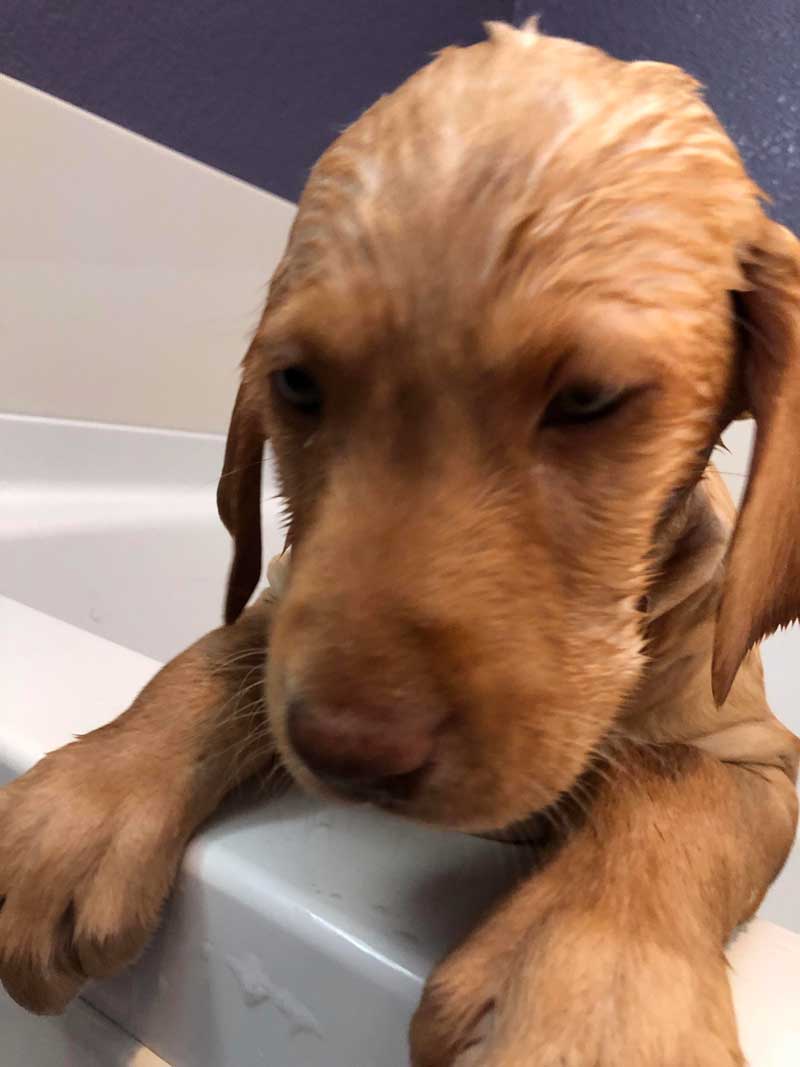 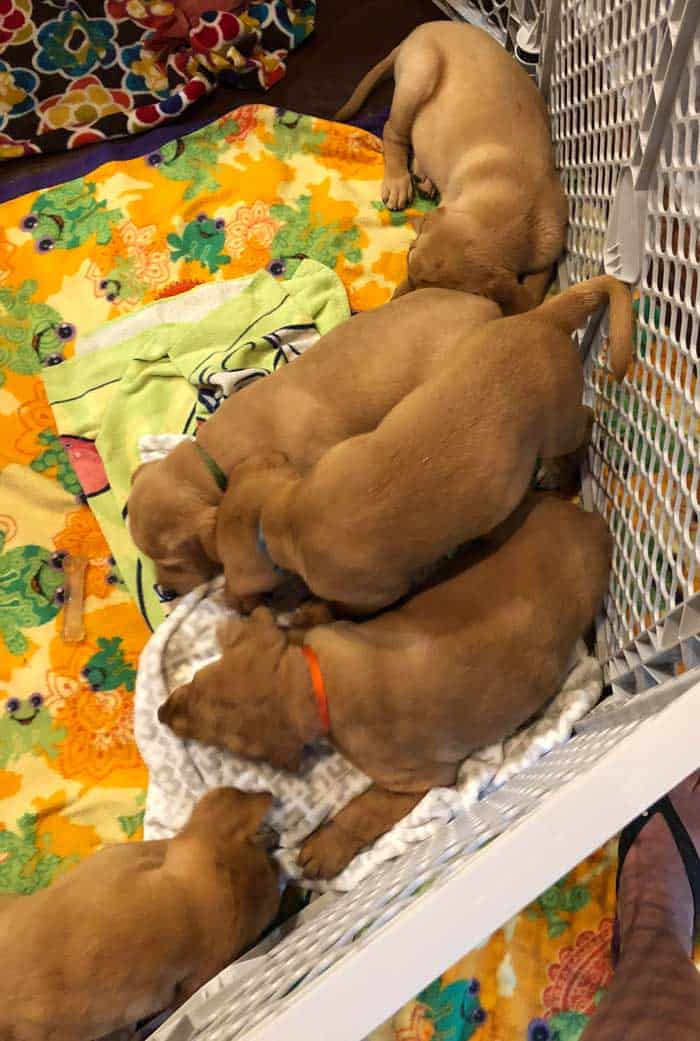 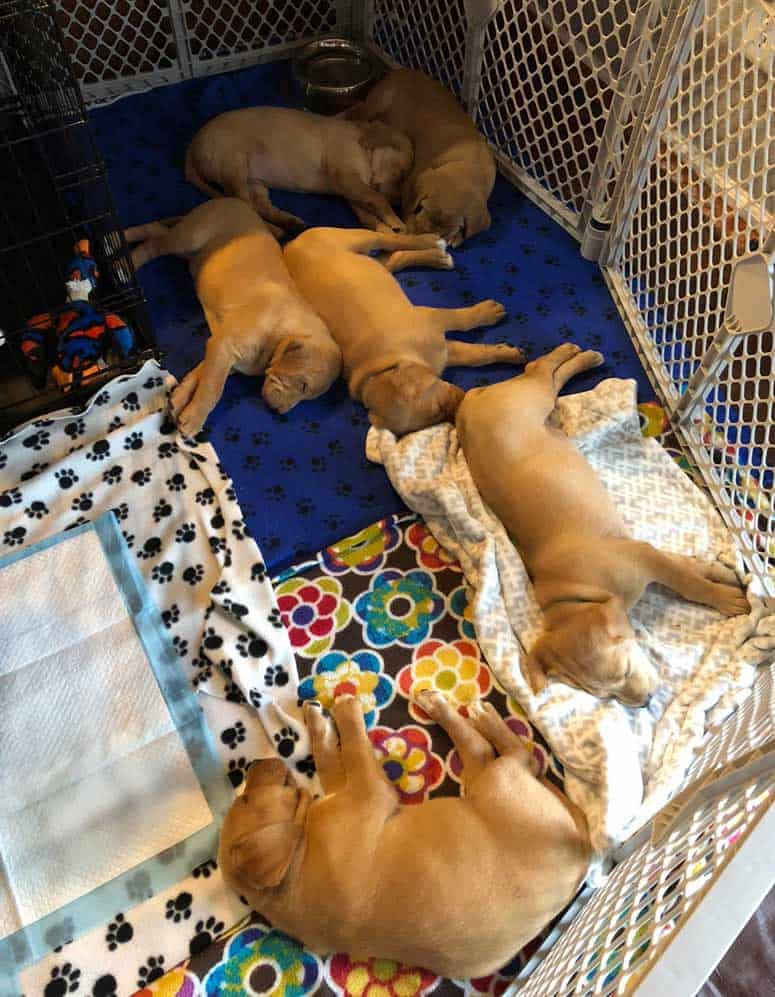 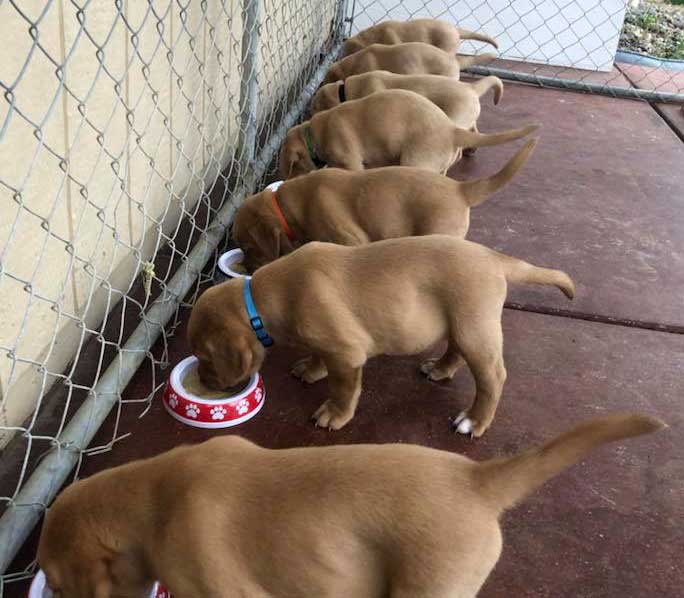 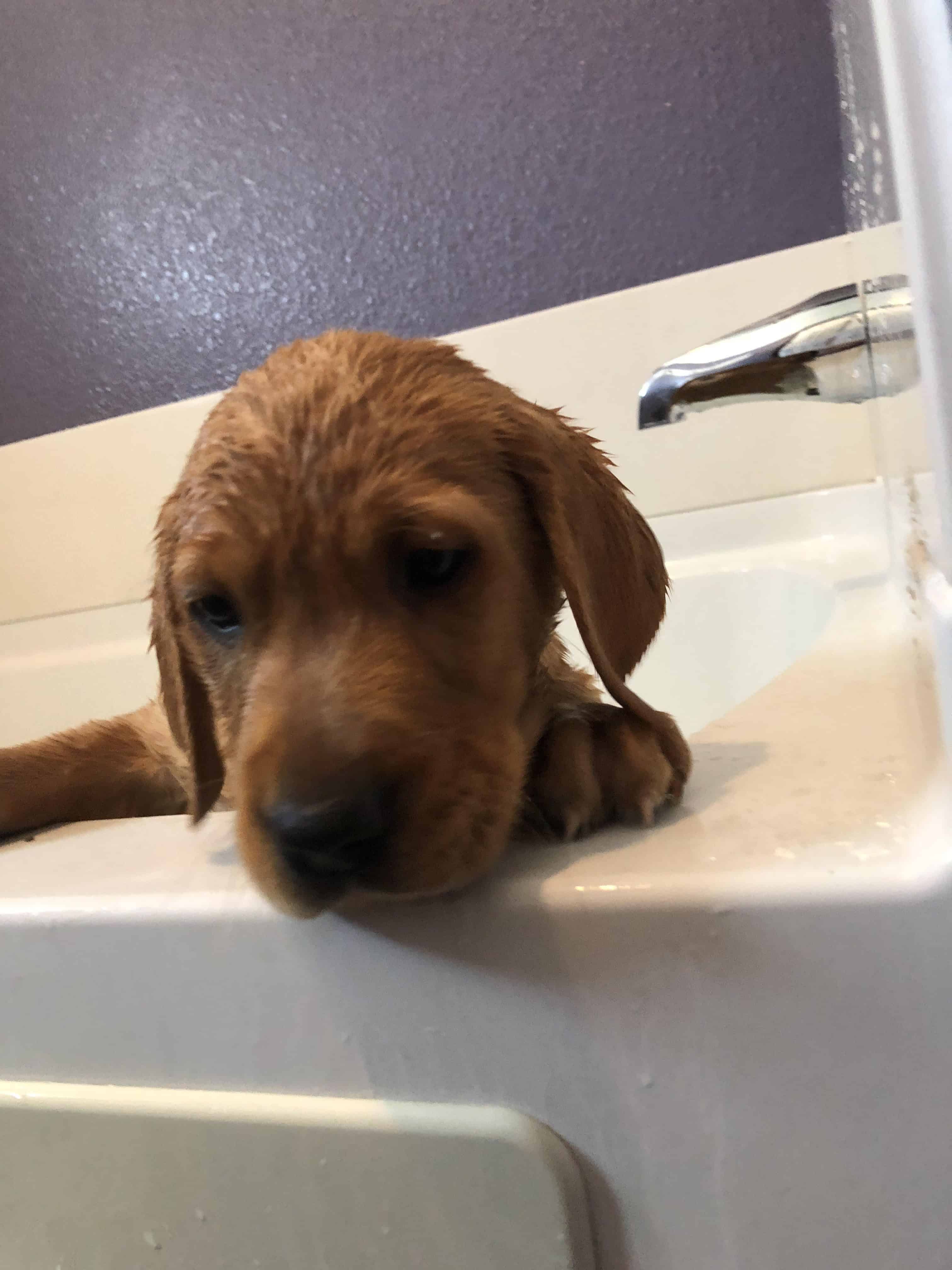 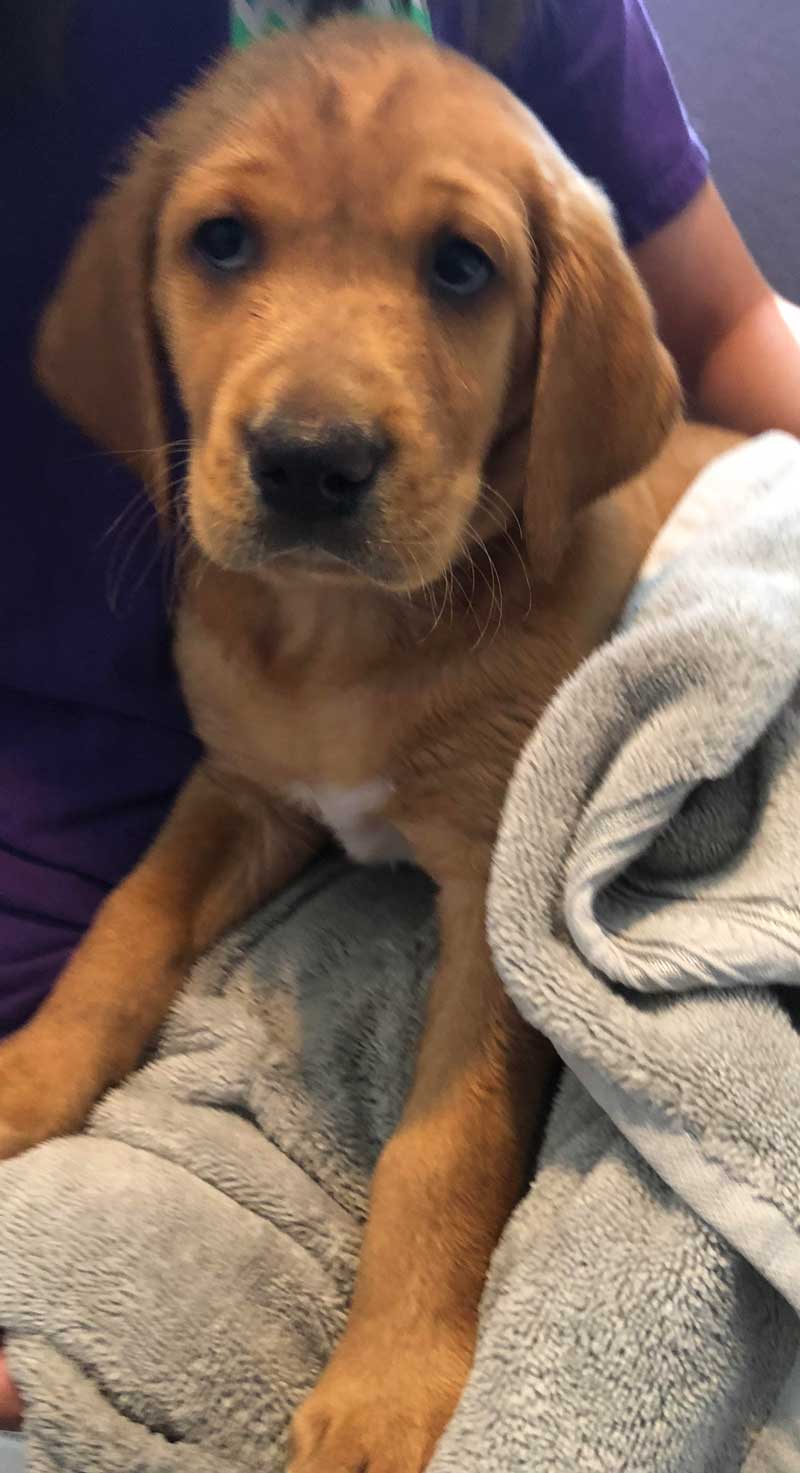 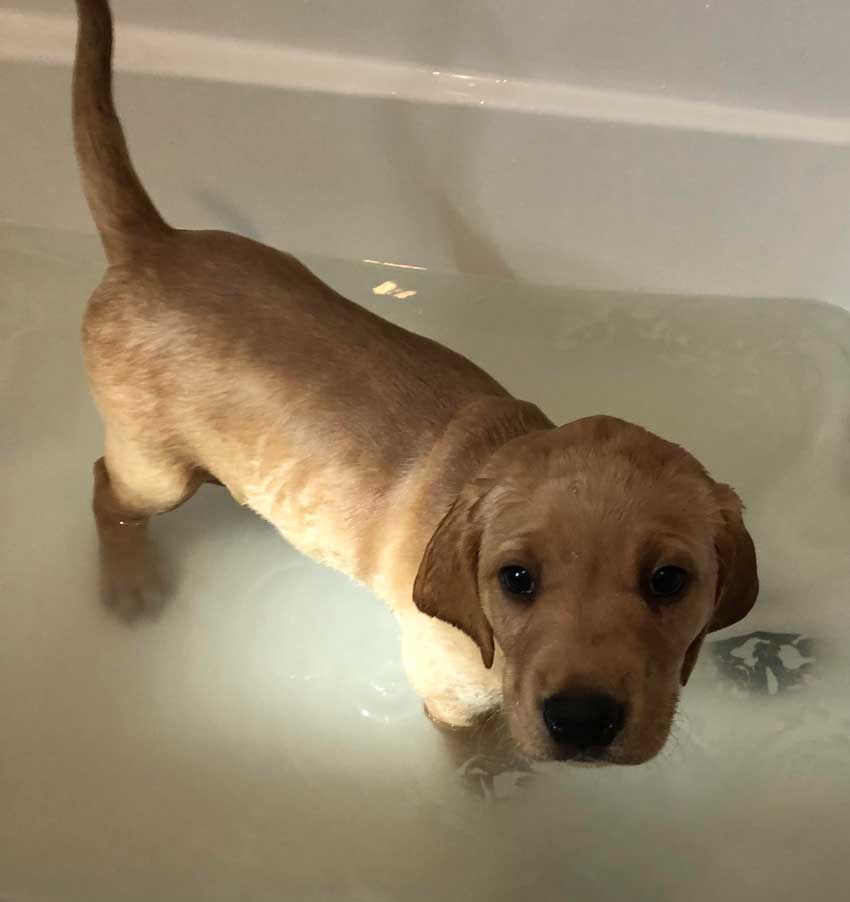 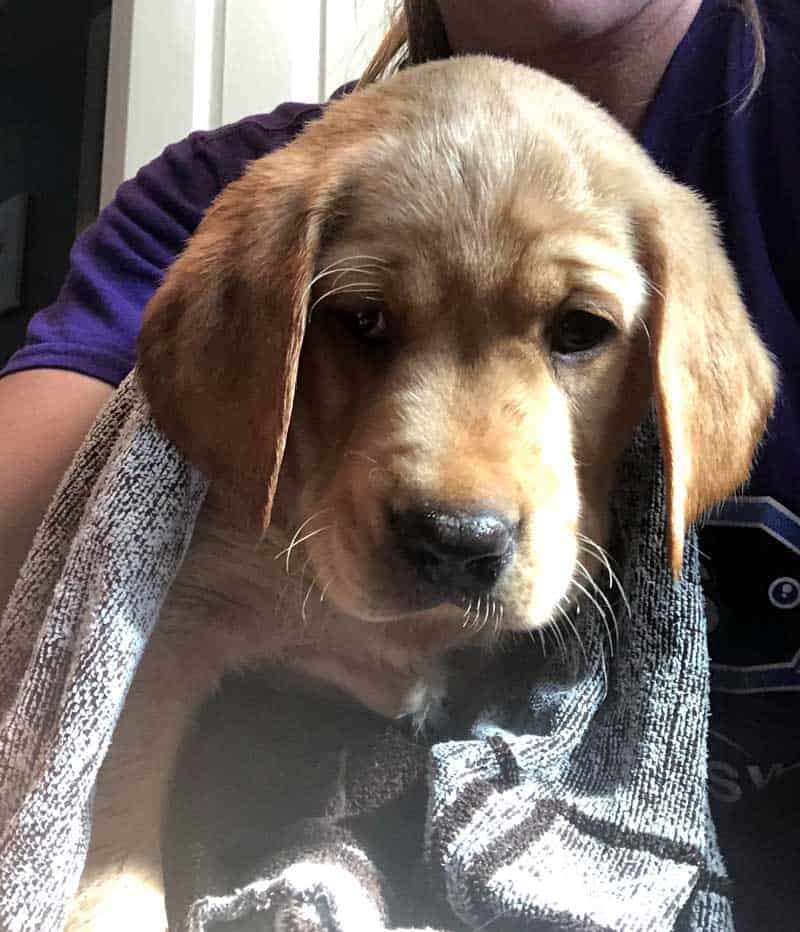 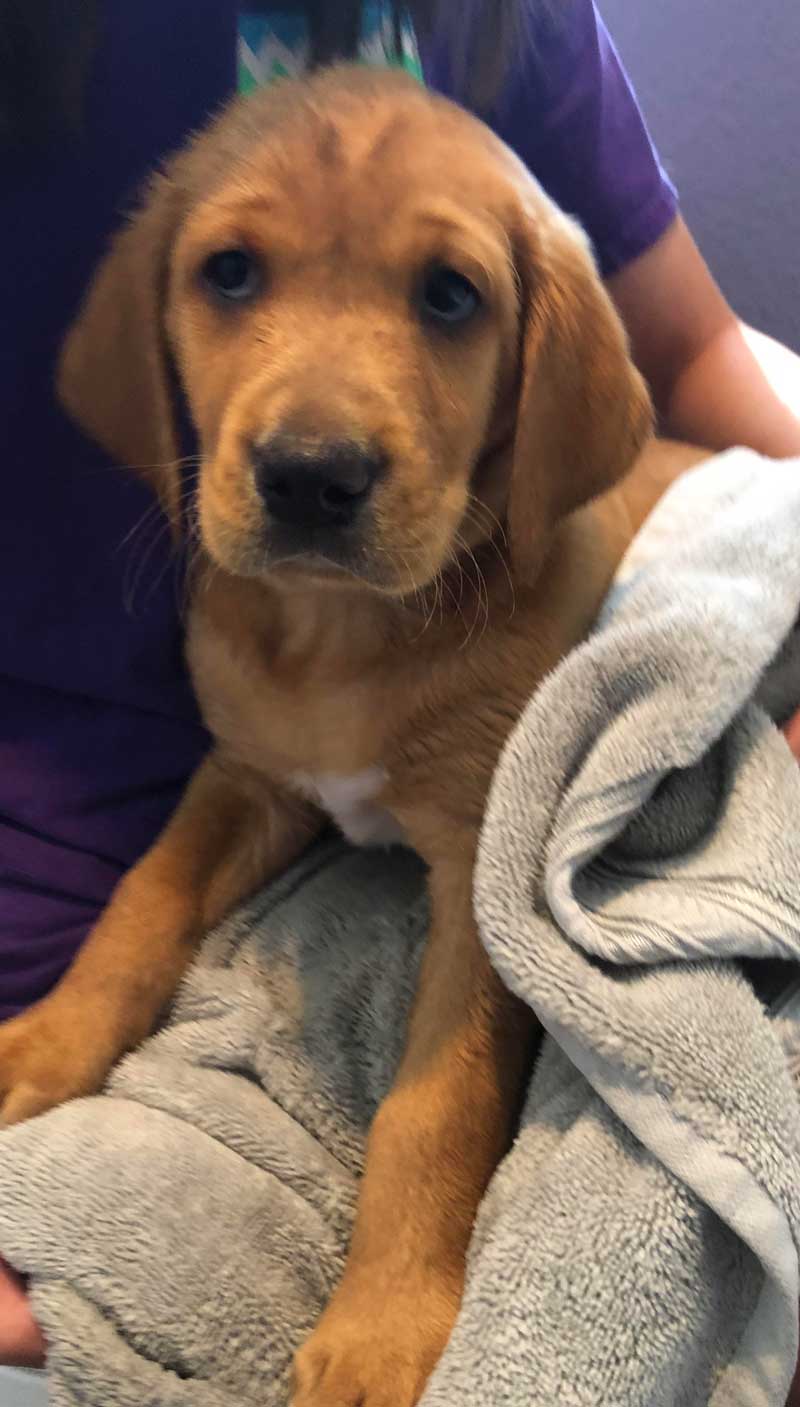 With this litter wrapping up, we’d suggest that people follow us on our Facebook page. We would love to interact with people on Facebook and hear how everyone is enjoying their fine Purebred Labradors as they grow.